The connected home market is garnering more hype and attention than ever before. Post-Consumer Electronics Show 2015, the market is awash with new and rejuvenated players promoting innovative solutions, each striving for a bigger piece of the pie.

Today, pivoting from their respective points of entrance into the connected home, service providers are branching out into new territory by embracing more comprehensive multi-service solutions. 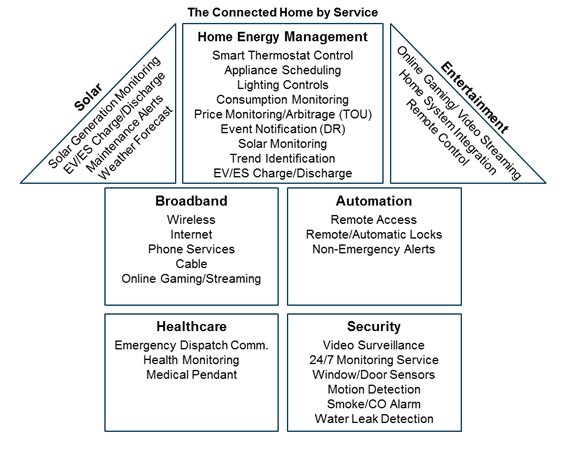 Discounted bundle offerings, combining additional cellphone, TV, cable, and smart-home services, have gained significant traction with customers. Aside from small differences typically left to the fine print (for example, Midcontinent Communications requires connected-home customers to be subscribed to its internet services), solutions generally promote similar pricing schemes and competitive home service capabilities. Only by examining the underlying components of these solutions can we understand the full extent of their competitive advantages.
Popping the hood on broadband and security provider solutions

Most broadband and security solution providers are relatively new connected-home market entrants and therefore are eager to attract customers. In order to rapidly deploy a solution capable of hosting in-demand home services, most have turned to licensing third-party platforms from companies like Icontrol and AlertMe (now owned by U.K. utility British Gas). With the exceptions of Alarm.com, Vivint Inc. and AT&T, few companies have invested in developing their own end-to-end home platforms. In fact, Vivint only released its proprietary Sky platform in April 2014. Though it still supports and services customers on its previously licensed platform from Alarm.com, moving beyond the confines of a third-party platform has allowed Vivint to develop some very interesting capabilities.

“The launch of the Sky cloud system pushed our customer adoption rate of additional services to nearly 70 percent, driving our average [recurring monthly revenue] per new subscriber for the year to an all-time high of $61.89,” stated Vivint Inc.’s CEO Todd Pedersen during the Q4 2014 earnings call. He went on to say, “We also rolled out our high-speed wireless internet service and built out the infrastructure needed to accelerate growth in 2015. Our wireless internet offering, along with the data cloud storage technology we acquired last year, provides a winning bundle in the smart-home space.”

While it may require a significant capital investment, it is these players with the necessary in-house expertise that will continue to innovate and develop the next generation of home services.

Source: Energy in the Connected Home 2015

A glance at AT&T’s Digital Life

Since its 2010 acquisition of home automation software developer Xanboo, AT&T has built out its proprietary smart home platform Digital Life across its proprietary monitoring and data centers, as well as its 3G network. Though AT&T has undoubtedly made substantial investments into its platform, it has also created new revenue opportunities. AT&T’s 3G services have been used by many third-party HEMS platform providers, including Vivint, Digi’s X-Grid solution, and E3 Greentech. The telecom giant has also developed and implemented cellular-based smart grid communication and utility payment solutions.

Today, Digital Life serves approximately 140,000 subscribers across 82 U.S. markets. And the company’s not stopping there. 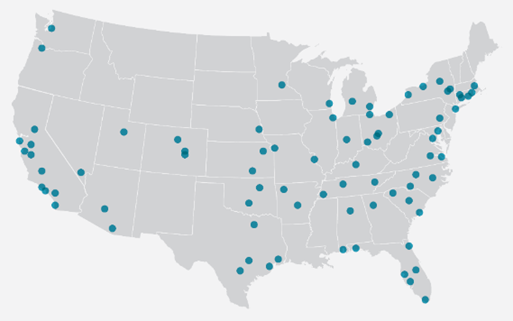 AT&T continues to make substantial investments into its platform, leveraging its distribution channels and under-contract delivery partners. To better enable hosting of third-party applications, the company has been working to bring together an integration API program that will introduce an additional service layer between its cloud servers and smart-home ecosystem. In collaboration with eight automakers including Ford and General Motors, the service operator recently unveiled its Global Drive Platform, allowing seamless integration between the driver’s dashboard and the connected home system.

Yet most impressive of all, AT&T also offers its platform to other service providers operating outside of its own jurisdiction. Since its release, Digital Life-as-a-service has garnered significant market attention. In late 2014, AT&T signed a licensing deal with one of the largest global telecommunication companies, Telefonica.

As the connected home market matures and customer awareness increases, players such as AT&T will be need to continuously adapt their solutions and improve the user experience to meet tomorrow’s demand.